Barely a year ago now, some financial commentators were prematurely predicting the ‘death of the dollar’. The extensive programme of quantitative easing undertaken by the Federal Reserve to counter the COVID-19 pandemic saw the greenback dip drastically and for a time, the outlook seemed bleak for Uncle Sam. Fast forward 12 months and the dollar is riding high having reasserted its position as the commercial world's go-to currency.

However, other currencies like the Euro and the British pound  have not fared so well and both continue to fall against the dollar. This is causing all kinds of problems for individuals and businesses based in the Euro zone or in the UK with connections in the US.

There are an estimated 1.3 million British citizens living, or staying long term, in the USA today. Some of them have fully integrated lives and have unbound all ties to the old country but many others still have relatives, property, business, or financial interests in the UK. The volume of remittances (international money transfers) between the two somewhat reflects this and around $465 million is sent from the UK to the USA each year.

The US and the UK are the world's 1st and 5th largest economies respectively, and the trade relationship is very important to both parties with an estimated $132.2 billion of goods moving between the two in 2019. This figure may even increase significantly if the long touted, new, post-Brexit UK/US trade deal can be reached.

Money transfers from UK to USA

As we have seen, there is serious money flowing back and forth between the 2 behemoths of the anglophone world and as such, the dollar to pound exchange rate has a profound impact at both ends.

While the British pound hasn’t experienced the same alarming drop that the Euro has, the once solid currency is still historically very weak. Back in 2007 the pound soared to an all time high of 1.9, settled to a post Brexit new-normal of 1.4 in 2016 but has now sank to a troubling 1.2 (meaning £1 buys $1.20).

In very simple terms this means that the dollar is becoming more expensive for Brits whereas the pound is becoming rather cheap for Americans. As such, any American who has ever dreamed of visiting Buckingham Palace may wish to seize this opportunity to do it while the living is cheap.

As for Brits living in the US, or Americans living in Blighty, the nuances of the exchange rate can cut both ways as we will now see.

For an example, let's imagine a British expat moving to the USA and selling their house back in England. Once the sale is complete, they will need to transfer the sale monies (let's say £280k) to the US and have the money transferred into USD. Whereas previously, the £280k would have equated to $360k USD, it now amounts to just $336k USD. Any expat looking to buy a property in the US, will find that the difference of nearly $25k is probably the difference between a 1 and 2 bedroom property.

Now let's vary this example a bit. This time, our expat is working in the US, earning dollars, but still paying the mortgage of £500 per month on their property back in England. They will be delighted to find that servicing their mortgage has now become cheaper as the pound drops against the dollar - previously to pay their mortgage lender £500 they would have had to send $650, whereas now they need only send $600.

How The Rates Affect Business

Hopefully you can see how the ebb and flow of currency exchange rates works. In the case of business, the principles are exactly the same. A British business that buys goods or services from the US will now find that the price of these goods and services is increasing for them - not because the American suppliers have raised prices but because the pound is weaker. Most businesses in this position will have to pass the difference onto their customers (the British public) by raising retail prices.

As  a knock on effect of the low pound to dollar rate, even businesses that do not deal directly with the US are having to raise their prices owing to the increased price of buying oil - oil of course being a commodity traded in USD.

Basically, the prognosis for the British public and British business is not good. There are of course some winners such as British exporters who may suddenly find the American market more receptive to their “cheap” goods or British workers earning money in USD, but this represents a minority.

What Can Brits Do?

There seems relatively little prospect of the pound recovering anytime soon and as such Britain is going to have to adjust to the reality of an unfavourable pound to dollar rate.

This will most likely mean that British businesses slow down on importing goods and services from the US and look for cheaper options.
In terms of expats who need to send money from the UK to the US, then all they can do is pay attention to the fees and exchange rate on offer whenever they make money transfers from UK and ensure that they are getting the best possible deal in terms of the currency exchange rate being offered as this can make a difference of 2%-3%.

The Ultimate Guide to Selecting a Broker for Forex Trading 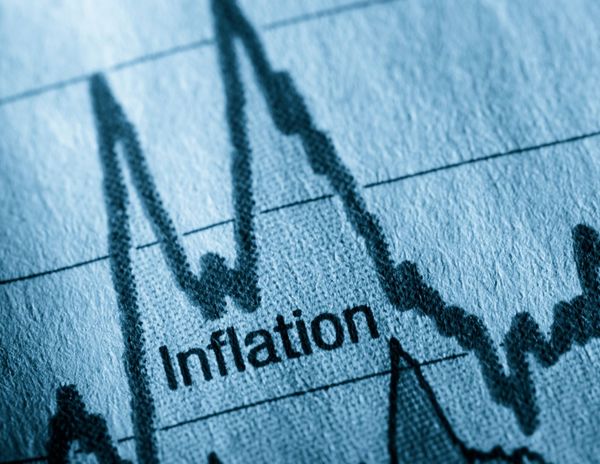 Is the US Consumer Buckling Under Inflation?