The biggest difference between capitalism and socialism is how much the government intervenes in the economy. Capitalist economic systems ar...
2 min read
Business economics

The forex market is open 24 hours a day, from Sunday evening until Friday night due to the various international time zones which allow you to trade all hours of the day. With the forex market being active around the clock, it guarantees liquidity and trade opportunities at any conceivable time.

Although currencies can be traded anytime, any individual can only monitor a position for a certain time, therefore he needs to be aware of times of market volatility to decide when it is best to trade.

This 24-hour forex trading session is broken down into three manageable trading periods – the Asian, European, and North American sessions, which are also called Tokyo, London, and New York sessions. Sessions sometimes overlap, such as a four-hour period for peak activity in both Europe and North America, creating elevated volatility.

This discussion looks at the European, or London or UK trading hours.

The European session takes over in keeping the currency market active just before the Asian trading hours end. This Forex time zone is very dense and includes a number of major financial markets that could stand in as the symbolic capital.

The UK with London as base defines the parameters for the European session.

The forex trading hours in the United Kingdom (UK) correspond with the normal business hours in London, so based on the British Standard Time (BST), the London session starts at 8:00 AM BST and closes at 4:00 PM BST.

This trading period is also expanded due to the presence of other capital markets like Germany and France before the official opening in the UK, while the end of the session is pushed back as volatility holds until after the close. This means that European hours typically run from 7 a.m. to 4 p.m. GMT. Market hours of the other sessions are as follows:

Is the UK trading session good for trading?

When trading currencies, a market participant must first determine whether high or low volatility will work best with his trading style and what time frames are most active for his preferred trading pair.

When considering the EUR/USD pair, the European/US session crossover will provide the most movement. There are usually alternatives to trading in this session, and a trader should balance the need for favourable market conditions with other factors, such as physical circumstances – for example, a trader from the US who wants to trade the active hours for GBP/JPY, they must wake up early in the morning to keep up with the market.

What time does the UK forex market open?

The London forex market opening hours start at 8am UK time and accounts for roughly 35% of all forex transactions (estimated £2.1 trillion daily).

Due to a large volume of trading during this session, forex spreads are likely to be lower because liquidity is higher. The UK (London) session is also subject to high volatility, which can make it the best time to trade the major currency pairs, which offer reduced spreads due to a high volume of trades. This session closes at 4pm.

When should you trade in the UK?

Theoretically, an effective time to trade forex is when the market is most active, that is when the greatest volume of trades occur at one time. This offers high liquidity and tighter spreads and suggests that the best time to trade would be during overlaps between open markets – of which the heaviest overlap is between the London and New York sessions.

The UK forex market is usually most active just after the open of the London session at 8am (UK time). At this time, liquidity and volatility will likely be high as traders begin interacting with each other. Trading may become less liquid at around 10am (UK time) and can pick up again after the American markets open at around 12pm (UK time).

The London session is also the busiest market of all, particularly in the middle of the week. It also depends on what currency pair you trade, for example, trading on JPY would be more apt during the Asian session.

Although the forex market is usually closed over the weekend, IG Group is the only UK provider to offer weekend trading on the GBP/USD currency pair which means you never need to miss an opportunity to trade, as well as enabling you to hedge your weekday GBP/USD positions with a trade on our weekend GBP/USD.

Forex trading hours can also vary in March, April, October and November, as countries shift to and from daylight savings or summer times on different days.

What to trade during the London session in the UK

Popular forex pairs to trade during the London session are the majors such as the GBP/USD cross or the EUR/GBP cross – especially during the overlap between the London and New York markets. 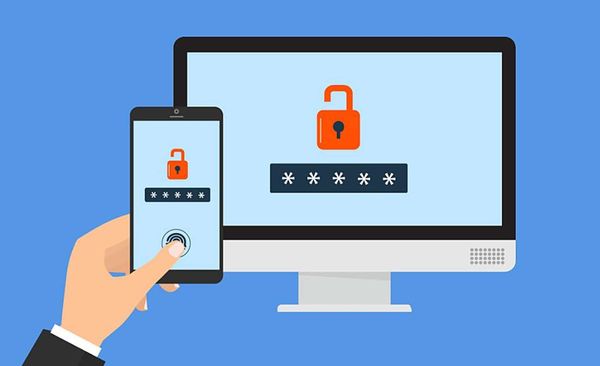 Biometric Identification and the Financial World