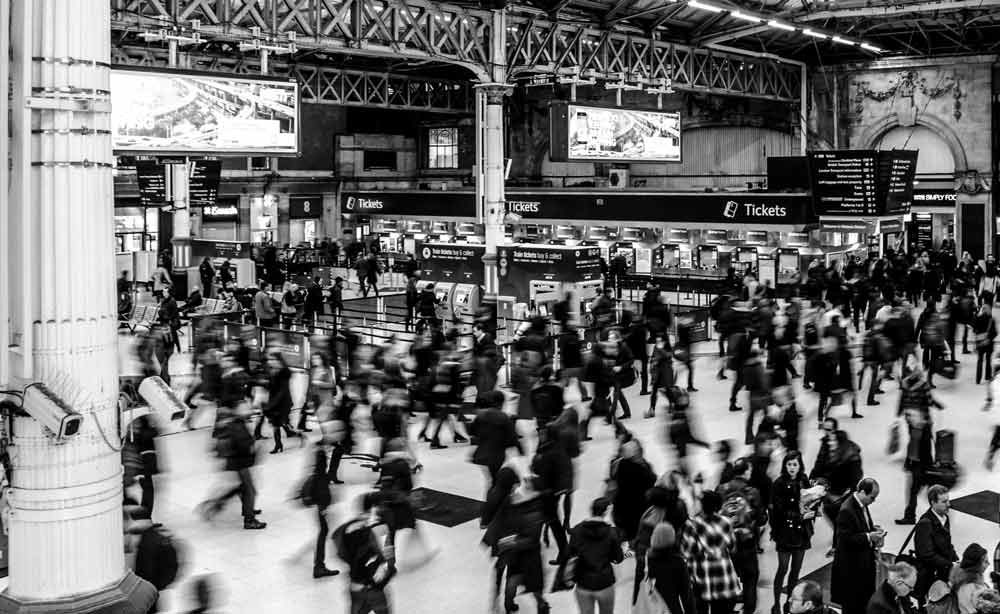 Human Capital: What It Is and How It Impacts the Economy

“Human capital” is a phrase used to refer to the economic value of the qualities and abilities of labor that have an influence on productivity. Education is one example of human capital. Investment in these qualities leads to greater economic output.

Since workers aren’t separate from these assets, the investments are called human capital. In a corporation, a division of the human resources department called talent management manages human capital.

What Is Human Capital?

Human capital covers any human value or quality that improves economic output and productivity. Quantifying human capital can be challenging because it refers to intangible assets that cannot be separated from individual workers. However, these assets consistently lead to improved economic performance.

Human capital includes qualities such as:

With investment in these qualities comes improvement of the labor force’s abilities. This results in greater economic output and higher incomes for individuals.

Education was the main focus of Becker’s research. He realized that the cost of education didn’t just include money; it also included time. When students pursued an education, they lost the opportunity to work, have children, or travel. People only chose to pursue an education if the potential income gain was more than the cost.

However, Becker’s research was limited because it focused on white men’s education and didn’t include diverse groups of people. His theory explained the ways in which investing in education benefited companies, counties, and individual people.

The majority of the states that spend more on education also have median household incomes above the national median. In 2019, this was $65,712. 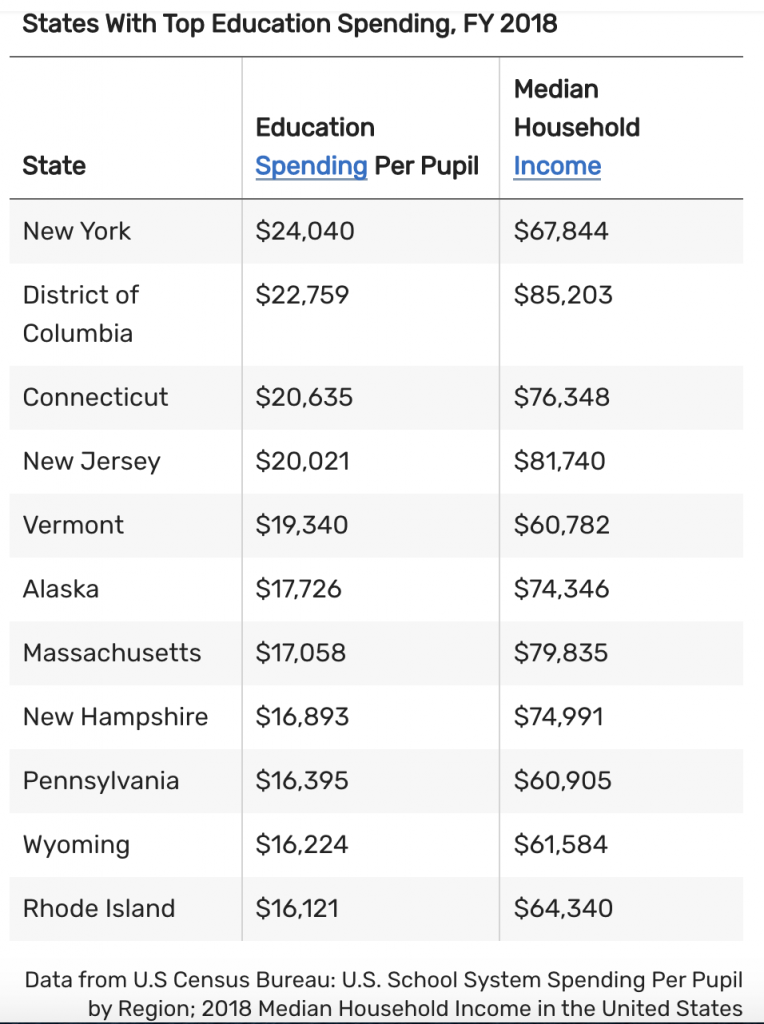 Not only does investment in human capital benefit individual workers, but it also benefits the economy in which they participate. It creates greater earning potential as well as an increased ability to build wealth, especially in the case of education. 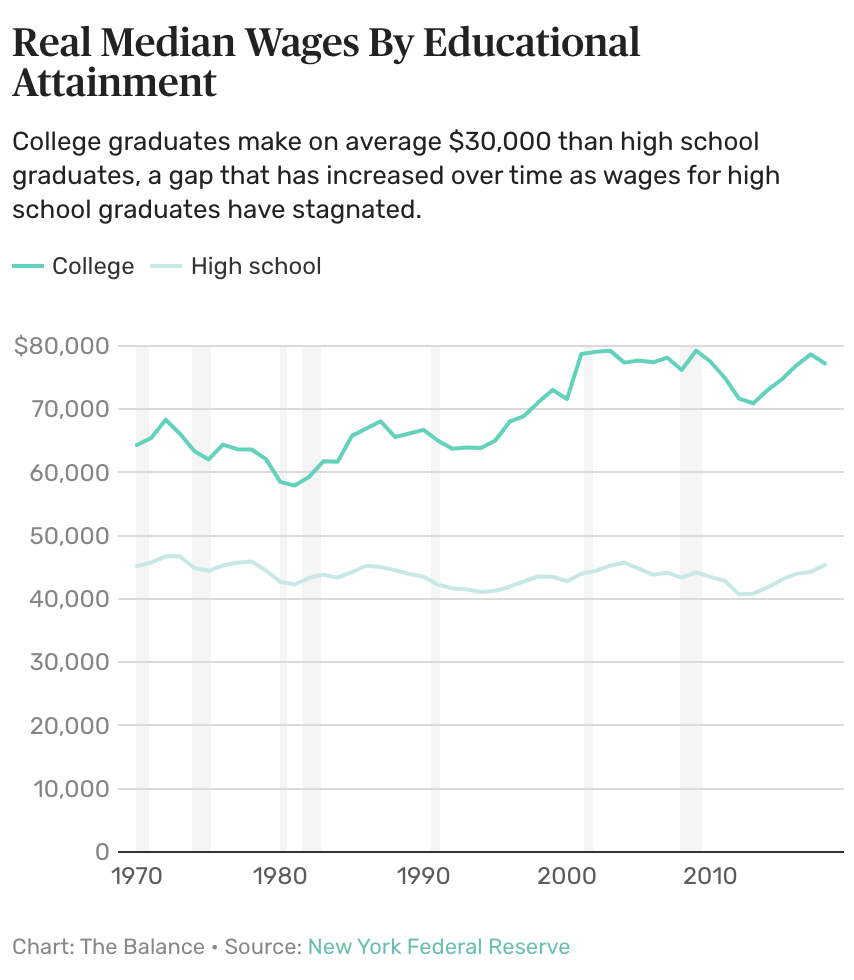 A study from the Federal Reserve in 2019 shows that the median family income of those who had a college degree was $95,700. For families with only a high school degree, the median income was $45,800. This provides them with enough income to save and acquire wealth, which is integral to economic mobility.

Families with educated parents tend to earn more than those who don’t have college degrees. These families often live in wealthier neighborhoods that have better schools, or they can afford to send their children to private schools. Therefore, these children receive a better education than the children of lower-earning parents. Consequently, children of better-educated parents gain greater economic mobility and earning potential.

The Effect of College on Upward Mobility

When a family without a college degree has a child, higher education increases the upward-mobility effect. After a child has earned a diploma, the whole family becomes wealthier.

It was found in a Federal Reserve study that a child who earns a college degree could boost their family’s wealth by 20 places in wealth rankings. However, families in which both children and parents graduate college improved by only 11 places.

Investment in Education in the United States

The investment of the United States in higher education is also lagging behind that of other countries. Only 50% of Americans aged 25-34 have a college-level education; this is lower than nine other countries, including South Korea and Ireland. In fact, 70% of young people in Ireland are college-educated.

One explanation for the U.S.’s lower investment in education is that higher education in the United States is more expensive than it is in other countries. The average annual cost of a four-year public college for the 2020-2021 school year, including room and board, fees, and tuition, was $22,180 for state residents and $38,640 for students who lived out of state.

The result of these high expenses is that children who come from wealthier families are more likely to attend college. Because of this limit to who can receive a college education, economic mobility decreases. In addition, it limits increases in human capital and, therefore, economic growth. What Is Laissez-Faire Economic Theory? What Is Adverse Selection?